How do other schools define attainment?

Following our last blog on the different ways that schools are demonstrating progress, we’ll now look at how they’re thinking about and reporting on attainment. Our insights are based on the conversations we’ve had with the 2,500 or so schools we work with, and what’s going on in the wider education landscape.

When is a score just a pseudo-level?

When levels were ‘removed and not replaced’, many of our schools felt like they’d lost a shared currency and language when discussing attainment. Understandably, the vast majority of them wanted something to replace this.

At first, many used frameworks for the new National Curriculum that gave a ‘score’ – in effect, a pseudo-level. This allowed pupils to be easily tracked and compared in a familiar way, and was useful during the transition period. These scores are still used by many schools, as they continue to provide ways of comparing groups and give some indication of progress.

However, we’ve recently seen schools start to let go of this pseudo-level security blanket. They’re now ready to take ownership of how they think about pupil attainment and making it work for them. Part of the government’s rationale for the removal of levels was that a label doesn’t tell us much about what a pupil can and can’t do and doesn’t help them to progress.

So how are other schools thinking about pupil attainment?

Of course, learning is essentially about being able to do and apply more and more ‘stuff’, not moving along a numbered scale. Labelling a pupil as a 3B or a 4Sec doesn’t give us any information about what aspects they find difficult, what parts they’re excelling in and what their next steps are. What gives us this information is looking at what a pupil can do in relation to an assessment framework.

While some still find it useful to use a ‘score’ to give an indication of roughly where a pupil is on their path, this at least needs to be supplemented with an understanding of where the gaps are and how they can go further. This is where it’s important to link evidence to teacher judgements (Ofsted will want to see this), and to match learning resources to each objective. Using online technology like Classroom Monitor can really help with how you record and apply evidence so it adds value to your formative assessments.

Rather than translating achievement of objectives into a ‘score’, many schools are starting to consider the raw data – the percentage of coverage that a pupil has reached in each stage of your framework. Focusing on this percentage not only allows the tracking of smaller amounts of progress, but it’s also easy to understand for parents, pupils, Ofsted and anyone else who’s interested.

Some schools have got rid of scores altogether and now just see that a pupil is, for example, 28% of the way through Stage 6. Other schools are still using a mix of scores and percentage depending on the situation.

Looking at attainment in terms of percentage does open up conversations about scoring thresholds – these values are down to your own school curriculum and what you agree works best for you and your pupils.

It used to be that ‘Optional SATs’ tests could be used to help supplement formative assessment judgements within key stages. But no such government sanctioned test exists for the current curriculum.

Our partner schools currently use Classroom Monitor to record data for a whole range of tests including Rising Stars’ PIRA and PUMA tests, GL Progress and CAT4 tests and NFER’s reading, maths and SPG tests.

Holding your test data alongside your formative data in one system can be hugely powerful. It gives a complete picture of pupil attainment and gives you a full data set to analyse. It also becomes far easier to access and report on your attainment data as and when you need to.

Making their own summative judgements

Many schools ask our advice on how to determine if a pupil is ‘on track’, meaning that their attainment indicates that they will meet end of key stage expectations. Unfortunately, there’s no universal definition that we can share. Schools own their own progress within key stages, so they’re free to report it in any way that they find useful.

We’re seeing more senior leadership teams ask teachers to use their professional judgement to decide whether a pupil is at, below or above age related expectations. These teachers are looking at their formative assessment scores or percentages alongside test data and combining this with their in-depth, less measurable, knowledge of the pupils that they teach. This triangulation of data leads to judgements that are secure and can be explained to others.

Making scores work for you

We don’t want you to get the impression that most of our schools have stopped relying on scores to summarise the attainment of their pupils. But if you want to continue using scores it’s vitally important that you understand how the scores are being generated and that they fit with the way you’re assessing your pupils.

As mentioned above, scores are simply a translated percentage. If this translation is not working for your school and you’re having to adjust scores too much then you should investigate changing it. There is no set definition of what a 3Sec or a 4Dev+ means. So you should make sure that it works for you by considering a change to your thresholds, weightings or terminology.

Add your opinion to the discussion

If you enjoyed this article, you might also enjoy... 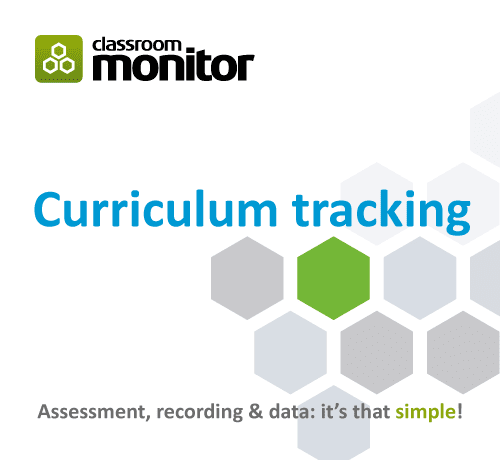 By submitting your email address you agree to receiving marketing emails from Prime Principle Ltd. These can be unsubscribed from at any time. For more information on how we process your personal data, visit our Legal Page

In just 30 minutes, we’ll show you how to save time, raise standards and simplify pupil tracking and data management with a free consultation.